The depictions of New York in comics, particularly in the highly recognizable story arcs, issues, and books produced by the two large comics enterprises, Marvel and DC, can yield many intersecting complex realities and realizations about the public representation of the city and the interesting private lives that make it the living, breathing thing that it is.

New York City, for the most part, is always well represented because of the exciting adventures, trials, and secret private lives of Marvel superheroes from Spider-Man to the Avengers to Daredevil or Dr. Strange. Traversing the boroughs from Queens to Manhattan, one can find ample images of the Big Apple. 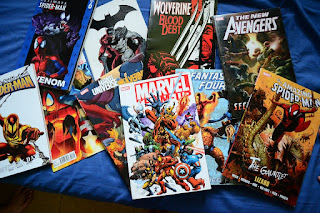 There is a stark realism to Marvel’s depiction of New York as opposed to its literary reimagining in DC’s comics. The representational force of Marvel’s use of urban spaces as reflected in the comics almost effectively eliminates the barrier between reality and fiction. People still recognize that these are fictional and do not really start questioning reality.

The escape to the fictional world, though, becomes even easier, and the identification with characters, their plight, challenges, and immediate surroundings becomes instantaneous. In DC, the wall provided by people’s heightened literary awareness of the alternate world, whether it’s the Metropolis or Gotham, creates a cerebral, more reflective (even poetic) relationship with those stories. 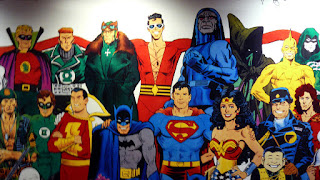 The reader ultimately pursues a relationship with the literary world by making necessary comparisons to their veridical world. For New Yorkers, comics can provide multifaceted pictures of one of the greatest places on earth where fictional and real heroes thrive, roam, and live exemplary lives.

New York resident Joseph Cianciotto obtained his degree in Visual Communications from Carnegie Mellon University. He has most recently served as executive creative director at Translation. Over the years, he has worked with many major brands, with his work receiving recognition at Cannes, the One Show, the ANDY's, Clio's, Effies, Webby's, AICP and NY Festivals. To learn more about his inclinations, visit this blog.

Posted by Joseph Cianciotto at 11:53 PM

Joseph Cianciotto represents an equal mix of creative chops complemented by a strong business acumen. He has most recently served as executive creative director at Translation, overseeing content related matters within the agency.

Prior, he was the executive creative director and chief digital officer of DDB NY, where his creative leadership was extended to include print, television/film, social media, branded content, and CRM. Throughout his tenure with the company, he has worked for a diverse assortment of clients including State Farm, NBA, NFL, NY Lottery, Electrolux, Glidden, Reebok, USTA, Cotton, Subaru, Diet Pepsi, Unilever, J&J, Anheuser-Busch InBev, Gibson, Merck, GP, ExxonMobil and UTC.

Before his eleven-year tour at DDB NY, Mr. Cianciotto was vice president and creative director of interactive at D’Arcy Worldwide, since early 1998.

Throughout his career, Mr. Cianciotto has won almost every major award in the ad industry, including Cannes, ANDY, One Show, Webby, Comm Arts, and Clios. He holds a degree in Visual Communications from Carnegie Mellon and currently resides in Long Island, NY with his wife Jen and daughters Hannah and Sophie.

A significant element of Mr. Cianciotto’s body of work represents pro-bono campaign work done in conjunction with the AD Council for organizations that include the Bully Project, ReachOut (suicide prevention), KnowHowToGo and the AARP Caregiver Initiative.